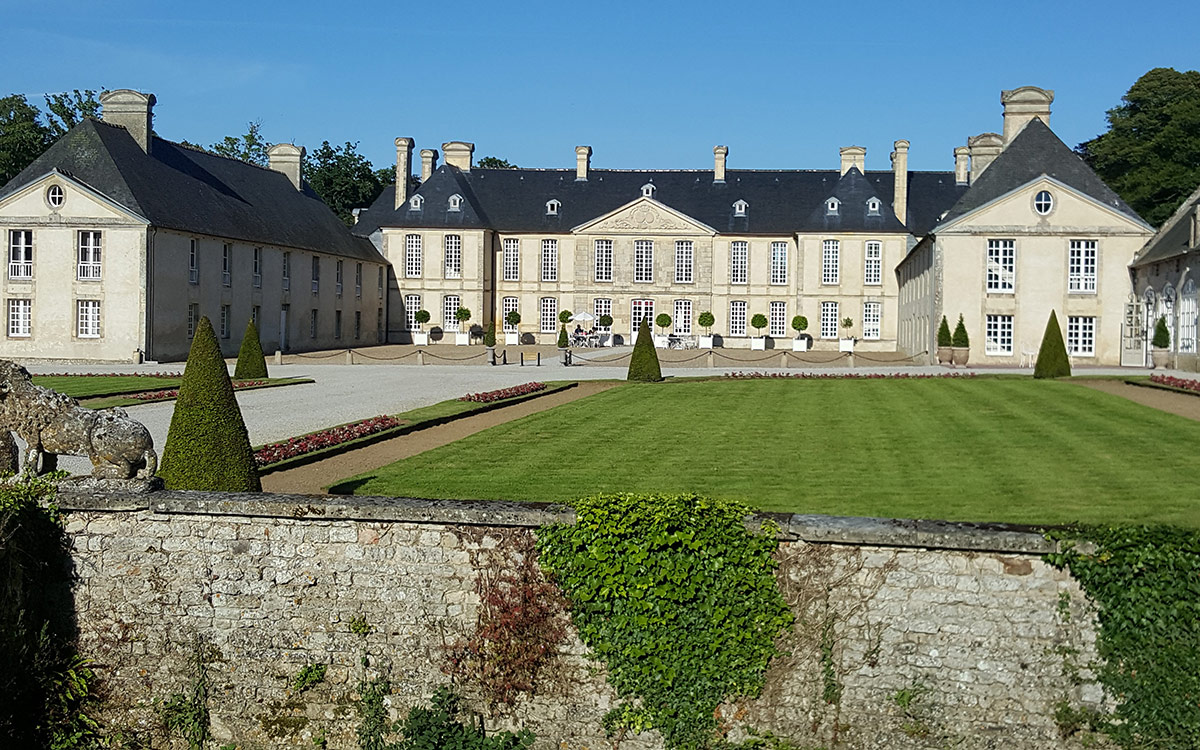 Ideally located between Caen and Bayeux, in the heart of the county of Calvados, the Château d’Audrieu, an 18th century residence, listed as Historical Monument, spreads before us its harmonious and elegant proportions against the background of a vast park.
The Château d’Audrieu, a historical monument of the prestigious Relais & Châteaux
Association, has been embellished and modernised during its Winter closure.
The first stage of renovation, which started in November 2015, redefined all the communal areas, restored the period architecture and modernised 10 of the 29 rooms and suites without changing their atmosphere. A Spa will be built by the pool and open to all the hotel customers and the public. In the park the pretty chapel, which is very well preserved, should be transformed into a museum.

Since March 2009, Olivier Barbarin is in charge of the gastronomy of the Château d’Audrieu. The Chef proposes a continuous renewal of the menu of the Château
d’Audrieu’s restaurant, which has been named “Le Séran” as a tribute to the history of the Château. The restaurant contains three dining rooms on the ground floor and has been completely renovated during the first stage of the works. It has been immersed in a warm atmosphere with a strong colour: the “Terre d’Égypte” red!